Summer came late and is leaving early this year, so it’s about harvest time now. This year, I did some radishes, onions, salad greens, carrots, green beans, jalapenos, bell peppers, basil, and tomatoes. Most of the carrots didn’t grow long roots, but I got a few. The rabbits got to the peppers and green beans before I did, while leaving the lettuce mostly alone — I realized when I had a dozen full heads that we just don’t eat that much salad, so a lot of it bolted in the end. Now I know what 4-foot tall red lettuce looks like.

Not planted this time were tomatillos, but I had a bunch of vines grow from last year’s seeds anyway. I have been pulling up most of those while keeping one large bush for possible salsa verde in a month or so.

Anyhow, I got enough produce to make a few jars of red salsa (when supplemented with some store-bought locally grown tomatoes), and I didn’t work as hard at it this year as previously, so I’m calling it a win. 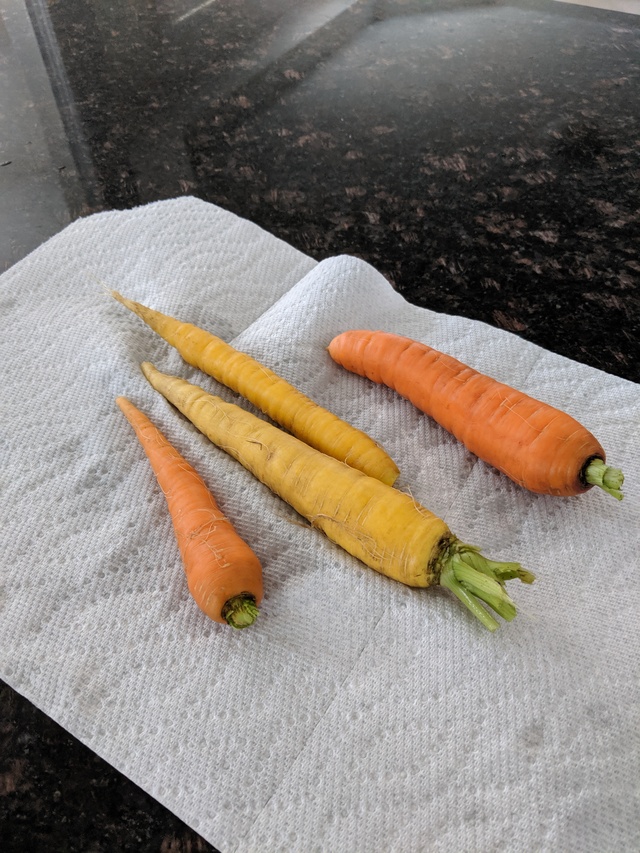 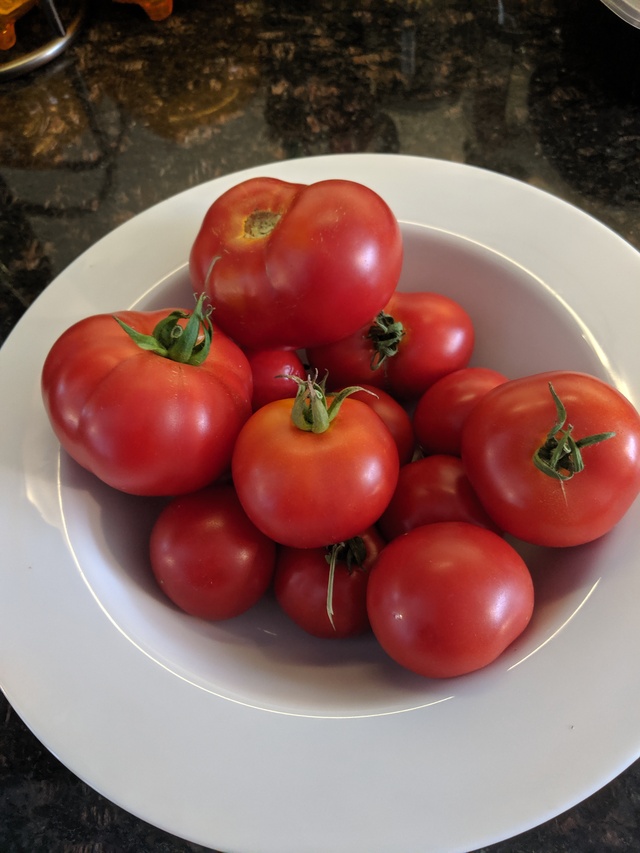 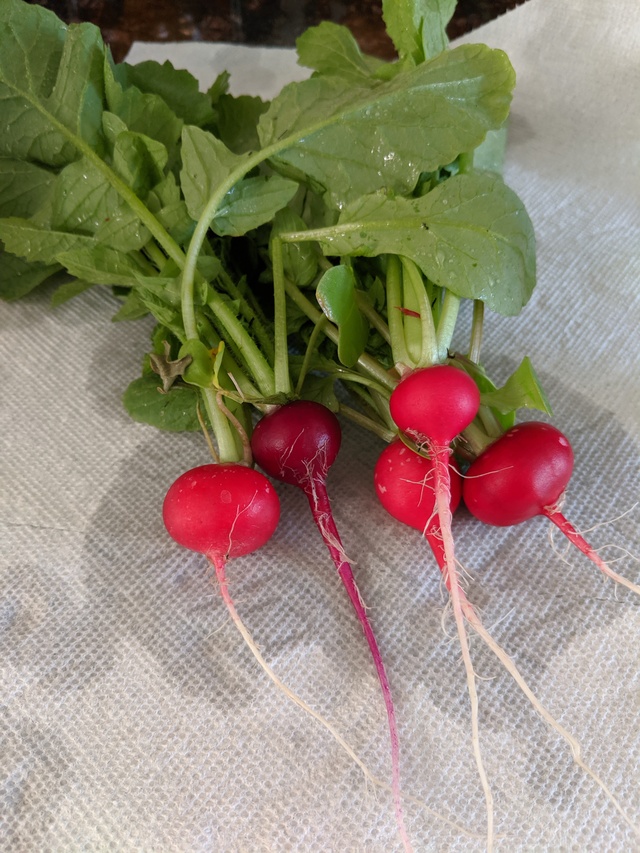 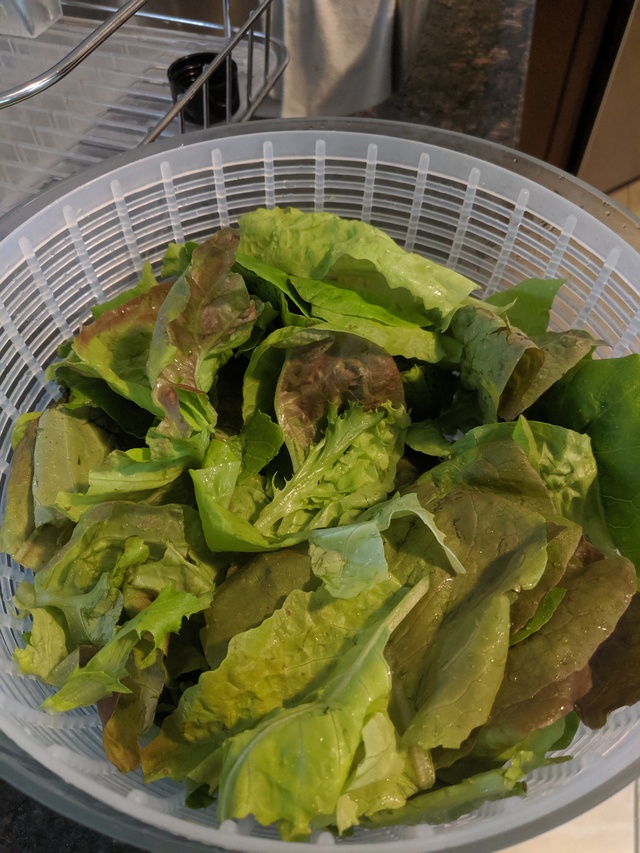 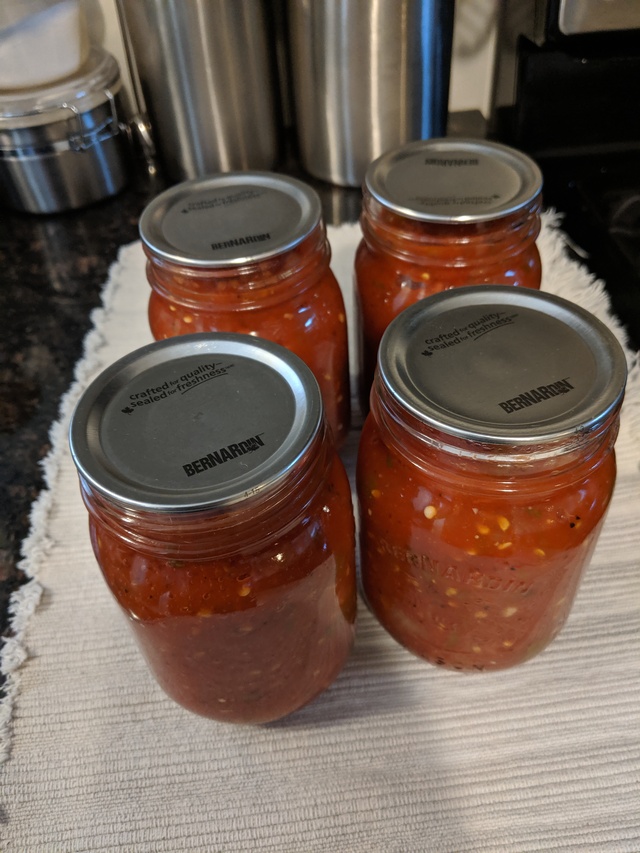 In a few weeks I’ll be pulling up all the remaining plants, and trying to get a cover crop started, which is something I didn’t know about until recently.

In other uprooting news: I previously wrote a post about ending my engagement at facebook. I dropped that post, because the reasons aren’t actually very interesting and that bridge has plenty of water under it by now. But the outcome of all of that is that I’ll be starting at Amazon next week, in an actual, real live office. That last part is going to be a bit of a trial: after ten years of working from home, I’m not especially looking forward to commuting downtown, and it will certainly be a stress on the family to rearrange our schedules to accommodate that. But it will be nice to have non-virtual coworkers for a change, and I’m excited about tackling some of the challenges facing my new team.