This weekend I burnished my geek CRED (clued as such in some puzzle) by participating in the virtualized 2021 American Crossword Puzzle Tournament. This year, they used Not-My-Software, which is a good thing because I would hate to be on tech support the year everyone that had to do virtual crosswording for the first time. I solved 6/8 puzzles cleanly which is enough to land just above the bottom 20% of the entrants! Of the misses, puzzle 5 was a beast, while puzzle 7 was pretty nice, but I didn’t get the theme quickly enough and lost five or ten minutes feeding the youngster breakfast during the solve. My fastest time was 6:58 on the (unscored) final which is no great shakes compared to the field but pretty good for me.

In other news, github thinks that I helped make the Mars helicopter fly. I’ve no delusions that my meager contributions to Linux are even compiled into whatever image that drone is actually running, but all the same, very cool! 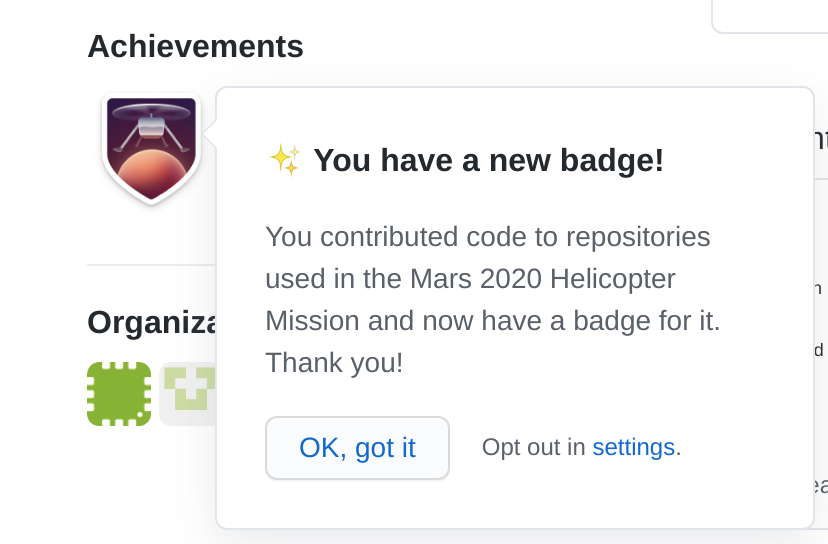