My brother-in-law gave me a copy of the bread cookbook Flour Water Salt Yeast by Ken Forkish (as far as I know, his actual name) for Christmas, and so I made five pizzas. The one pictured below is a touch over-baked on top, but pretty close. It was a little too chewy owing to having used bread flour, yet had a nice airy crumb. I think this replaces Peter Reinhart’s recipe as my go-to from now on — both are about 70% hydration but this one had more bubbles.

The book has some tips for baking it in a home oven, which were pretty useful, though I found his suggestion of temporarily using the broiler caused my oven temp to drop 30 degrees in the process. Still working on the heat aspect, but I’m getting better at dealing with wet doughs.

Incidentally, this one is for the kids: my own favorite toppings, stolen from a pizza joint in Crystal City, VA, are prosciutto and arugula. 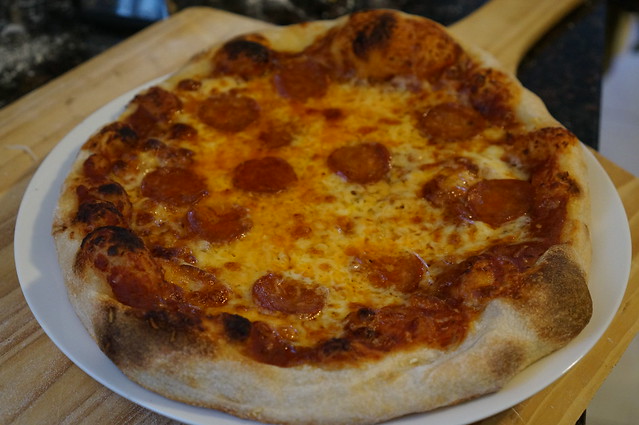 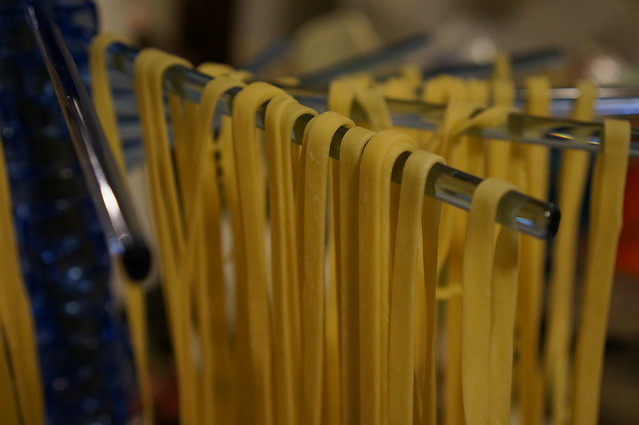 Whew, I think it’s going to be takeout all this week.